Is the South Pacific a One-Time Trip?

The experience of the South Pacific with its palm-lined beaches, beautiful lagoons and friendly people is definitely the best! But is it a once-in-a-lifetime trip? That’s it! Experience it and you are done. For some perhaps, but really for many travelers they hear the call of the South Pacific over and over again and heed it. Why? Well, let me tell you a story.

When I was learning to read, I did a lot of learning on my dad’s lap with a National Geographic magazine. We, together, would tour the world and I developed my love of travel, cultures, and experiencing new places. One evening we were reading an article on a place way out in the South Pacific called Palmerston Atoll. I decided then that one day, I would see this place. Then when Bob and I decided to sail around the world, I said that I was happy to go anywhere as long as it included Palmerston Atoll.

Just an overnight sail north from the island of Rarotonga is the island of Palmerston Atoll, still today only accessible by boat.

The Marsters Family had been in Palmerston since the late 1800s. The island had three families descended from the three Polynesian wives of George Marsters. George Marsters had been a whaler from Gloucester, England by way of San Francisco. He came to Palmerston and was hired by a British Company to stay on the island and produce copra, which is dried coconut used in a myriad of products including make-up and perfumes. He stayed, worked, and built a large family. Eventually, the British Company could not pay George Marsters so they settled to transfer ownership of the island to George. Few people live on the island with most family members living in Rarotonga or New Zealand. There are even a few in Australia!

When we arrived at Palmerston Atoll laden with goods and mail from Rarotonga, the islanders came out to meet us in their boats as we were the first sailboat to arrive in nine months. We were not able to go into the lagoon of Palmerston with the boat as our draft was too deep to allow us. Whenever we left the boat to go ashore as we were anchored oceanside of the reef, a local person hopped on board to take care the boat stayed put!

At that time many of the island’s buildings were made from wood pieces from the many shipwrecks that hit the reef of Palmerston over the years. You would attend the church and marvel at the window shutters which were the doors of various compartments of French, Dutch, and English trading ships. Those buildings are gone now.

George Marsters, the grandson of the first George, was our host while we stayed in Palmerston. The head person of each family was hosts for visitors. These duties rotated.

George is my age. We had a windsurfer on board and we rigged it and George with his 2-year-old son stepped on board the windsurfer, sailed across the lagoon and back, and didn’t even get wet. I stared in disbelief as I had tried so many times just to stay up! I went back to practicing!

When we were ready to go all the islanders came out to the boat to wish us well, gave us gifts, and gave us mail for us to post at our next port of call. George stayed behind as all the other islanders left. We were pulling up the anchor and he said to me,” You understand that you have experienced us with your mind. But what you are not aware of right now is that we, the islanders, have planted a seed in your heart. If you take care and nurture that seed, the love for the islands will compel you to come back again and again.

So it is! For the special, once you visit the islands you will be compelled to come back again and again to experience the magic, love, and special people of the South Pacific!

Are you ready to experience the South Pacific, Australia, or New Zealand? Give me a call and we will begin!

Thank you for reading! 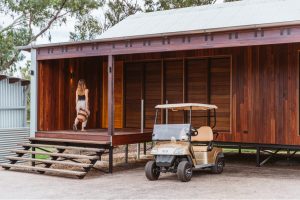 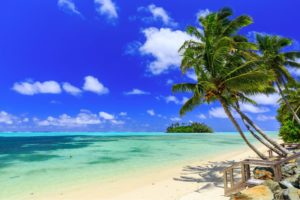 The Trade Winds Have Arrived

Ahhhh! South Pacific breezes! One of the first questions most travelers ask me is “When is a good time to travel to the islands?” The…