Heiva Around the World!

In Tahitian, the word Heiva (hei meaning to assemble, and va meaning community places) refers to activities, pastimes, physical exercise, and festivals. Music, dancing, singing, and sporting events have always held an important place in Polynesian communities. Heiva in Tahiti takes place from July 7 through July 23rd this year in Papeete, Tahiti. There is a myriad of activities and celebrations leading up to Heiva and one of them is the being Umu Ti or “Fire Walk.” The firewalk at Mahana Park is one of the anticipated events that precede the Heiva. It has been so for over 60 years and usually takes place in late June. The firewalk is organized by a well-known priest, tahua Raymond Teriierooiterai Graffe, and gathers several hundred spectators enthralled by the intensity of such ancestral moments. The umu ti requires a long preparation of at least a week where one is to dig a hole deep enough to contain wooden elements and rocks, and about 20 feet long and 10 feet wide in size and 5 feet deep. The den is then filled up with pieces of wood and rocks from Papeno’o valley, laid out on a dried-up coconut tree leaves bed. One must wait 24 to 48 hours, for the umu ti to be ready and this depends on the thickness of the wood. The evening begins with an incantatory dance. The public is given instructions then the volunteers are welcomed to follow the priest on white-hot rocks whose surface temperature may exceed 3500° F. A special moment like this is sure to leave an unforgettable impression on spectators and participants alike.

Tahiti Tourism North America has a great history of the Heiva:

In ancient times, Heiva activities were essential components of religious and political ceremonies. Dance was one of the most sophisticated and ritualized art forms performed in groups or individually.

In 1881, after a long struggle with England and Protestant missionaries, France annexed a large part of what is today French Polynesia. Bastille Day, France’s national holiday celebrated on July 14th, became symbolic for the Polynesians. On this one day, France allowed sports and dancing in an effort to overcome the Anglo-Saxon influence and to satisfy Polynesians’ taste for festivities.

Traditional dance made a resurgence in 1881 after being severely restricted for several decades. That year, the first Heiva I Tahiti was organized and named Tiurai, meaning “July the month of festivities.”

In 1977, French Polynesia gained greater political autonomy from France. This political and cultural emancipation led authorities to organize the Heiva I Tahiti in June 1985, which replaced the public holiday festival of the Tiurai.

More than just a simple festival, Heiva I Tahiti has become the symbol of the Polynesian culture and an iconic event for people proud of their heritage.

These performances highlight the drama of an opera and the distinct imprints of an ancestral tradition. The dances are unique creations, for which the dancers train for six months or more. Text music, choreography, and costumes are based on a historical or legendary theme.

Live music and singing accompany the dancers. The orchestras are made up of five to fifty musicians using traditional instruments such as the nasal flute or “vivo,” made from a portion of bamboo, marine shells, or “pu,” and more recently, the ukulele, a small Hawaiian guitar with soft tones.

The traditional singing competition accounts for another powerful portion of the Heiva I Tahiti. The melodies include a cappella in “reo ma’ohi” (Polynesian language), which express moments of joy and melancholy.

Heiva dates and tickets for 2018 are not yet out. But it is now time to plan ahead as there is limited seating for the visitor and, of course, accommodation. The celebration in Tahiti is preceded by events on every island. The winners on each island then head to Papeete for the finals.

For those of you that still want to experience Heiva but are not quite ready to fly to Tahiti, come visit us in San Diego for Heiva San Diego on August 5th and 6th, 2017! The celebration will include dancing contests and all kinds of things to do with music from Tahiti.

If you are ready to celebrate the best of Tahiti come down to the islands and celebrate Heiva!

Do You Know the Way to Papeete? (Pa-pe-e-Tay)

Location 101 – Quick Lesson The South Pacific is vast! From Los Angeles to Sydney, Australia takes, on average, 15 hours from point to point…. 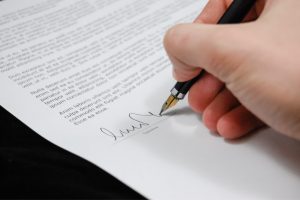 Yep, I have a contract. I do realize that this is unusual for a travel specialist. It is the way I help focus clients to…